War in Ukraine live updates: Russian rocket kills at least 50 people as they were trying to evacuate, Ukraine says

A Ukrainian military official says a Russian missile hit a train station in Kramatorsk. It was full of people trying to flee at the government’s urging. In addition to the 50 dead, including five children, about 100 others were hospitalized, an official says.

Here’s what else we’re following today:

Planning is a fantastic way to get thinking.

Denzel Rodriguez is a successful financial leader who’s built his business foundation on bringing the kingdom of heaven to earth. At just 24-years-old, he’s mastered the art of helping customers up to three times his age get out of debt, rebuild their credit scores and start to think about investments. 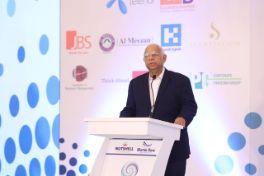